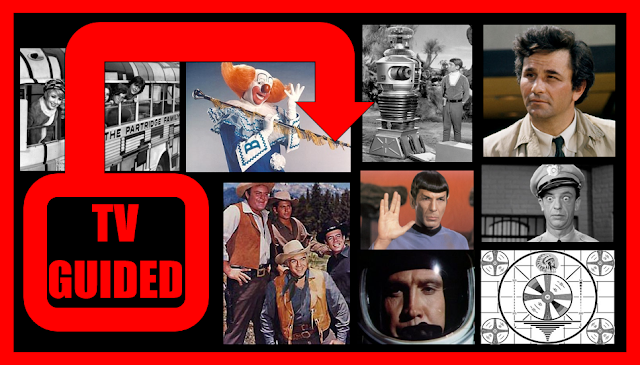 Redartz:  Hello everyone! This week we shall look at (listen to) some television music. And not Theme music, which is a subject all its own (and which we have addressed previously). Our topic is incidental, or background, music. You might consider it the soundtrack of a tv show.

While theme songs often come quickly to mind (some qualify as genuine ear worms- think "Gilligan's Island"). background music may be virtually unnoticed. However, that background is crucial to the success of any show. And in some cases, the incidental music can truly stand out, and even become a major element of a show's appeal.

Today I give you two examples of shows with phenomenal background music. Hopefully you all will offer up some additional musical recommendations (I'm always looking for more music to load on the ol' tablet, and incidental music is perfect for so many activities). But for the moment, let's listen to "Spider-Man" and "Lost in Space".

Any of you who have been following BitBA for awhile will know how highly I regard the 1967 Spider-Man cartoon. Indeed, I did a post about it. Well, one of the big draws to the show is the music. Many of you will be familiar with it, especially the music from the first season. Ray Ellis, who composed the classic theme song, also provided the incidental music used throughout the show (and which was also used in the second and third seasons). Loaded with great 60's surf guitar licks, his music really enhanced the web-slinger's adventuring. But the music from the later episodes was excellent, as well. Provided by a group of UK artists known as KPM, the later seasons music was stunningly cool and loads of jazzy fun. Syd Dale, Johnny Hawksworth, David Lindup, Johnny Pearson and others; such were the names behind the following musical examples. Enjoy...

Don't know about you, but I'm feeling stoked already. And we're not done, next up is a sampling of music from the Irwin Allen classic "Lost in Space". Some of you may know that the familiar theme music (both versions, actually) from the show were composed by John Williams. Well, the show's incidental music was largely William's work as well. If you've seen the show, you know that the music ranges from positively creepy to breathlessly exciting to hilariously humorous. It sure provides evidence of John Williams' versatility. I still remember as a youngster watching the show; the suspenseful music accompanying the inevitable appearance of some monster would always send me hiding behind the sofa. This show's music is popular enough that it's been released repeatedly on cd as a full soundtrack. I haven't picked one up yet, but it's on my list. See what you think...


Incidental Music from "Lost in Space"

And there it is, two shows with magnificently memorable musical accompaniment. Do you concur with my praise for these shows? Or am I off base? What other shows featured some great listening behind the dialogue? It's all up for discussion, and you are on the speaker list!
Posted by Redartz at 6:00 AM

Off the top of my head, I’m thinking of Dominic Frontiere’s scores for THE OUTER LIMITS. ‘The Man Who Was Never Born’, my all-time favorite episode has an absolutely BRILLIANT score. It has everything you want in a good sci-fi score: wonder, mystery, a good ‘monster theme’ , a rousing ‘chase’ cue, and a hauntingly beautiful love theme. It is to swoon! Last time I checked, there was a suite from it on the YouTube. Another great one with an awesome score is ‘Nightmare’ — as you might guess from that title, the episode is heavy on the horror, and the score is REALLY creepy.

The KPM lot did some good stuff, but come on Redartz - how could you single out British incidental tv music without mentioning the BBC Radiophonic Workshop? The sound that famously (in the UK anyway) terrified a generation of kids with Dr Who, and turned them into the electronic musicians and techno djs of the 80s and 90s...

B.t.- thanks for highlighting that Outer Limits score. I'll definitely be hunting it down.

Sean- guilty by reason of ignorance! As I never caught an episode of Dr. Who, and am unfamiliar with the Radiophonic Workshop, I'll bow to your greater knowledge! Time to hit Google...

Ooo-- good thing I didn't check in earlier today, or I would have been WAY less productive!

So Red, GILLIGAN'S ISLAND would truly be my first choice for incidental music as well, no kidding--! There are terrifically catchy, consistent themes for specific situations, character themes (Ginger's clarinet theme when she's turnin' on the sex-appeal, for instance), and some very clever variations on the theme song to suit unusual events. And it tends to lead the tone of the action perfectly.

And heck--- OUTER LIMITS would have been my second choice.

NORTHERN EXPOSURE was consistently brilliant in its use of incidental music-- but that tended to be curated far more often than composed for the show.

I have a few Sci-Fi themes CDs, and one that pops up twice is the suite from LAND OF THE GIANTS. I barely remember the show itself (too slow-paced for a young kid)-- but I surely do like its incidental score.

As a side-bar--- I listen to a LOT of Classic Radio, and it is amazing how often the same pieces of incidental music will find their way onto different programs. Some of them are VERY idiosyncratic, so it's almost jarring to hear something from GUNSMOKE show up on YOURS TRULY, JOHNNY DOLLAR.

(Oo-- the LOST IN SPACE main themes? I like 'em both-- but the last one, with those heroic french-horns out in front, is def my favorite-- it makes my list of favorite TV themes of all time---)

I don't tend to notice incidental music. In fact, I tend to be impressed by the lack of it. However, Barry Gray's scores for the Gerry Anderson shows were always great, especially Space: 1999.

The incidental music for the old Doctor Who shows was extremely variable in style, with some stories getting the full-on electronica and others receiving the orchestral treatment. In more recent times, Murray Gold garnered plenty of attention for his lush scores on the show. Personally, I found a lot of of his work a bit OTT but it was certainly memorable.

For those who're interested, this scene from 1960s Doctor Who features my favourite incidental music from the show, as the Cybermen break out of their tombs. It lends a genuinely nightmarish air to proceedings. https://www.youtube.com/watch?v=zIIKGc6jL8Y

I guess I'm going to be unoriginal here and say I really love the background music in Star Trek, the original series in particular. Here's a a mega-cut of the type of stuff I'm talking about. And here's
a shorter one that just has the iconic fight music. I've always that music was so perfectly composed.
The follow-up Trek series also had outstanding background music, but the stuff from the original series can't be beat in my opinion.


Edo:
I was going to bring up STAR TREK too, but couldn’t quite think of what exactly to say about it — and your comments sum up my thoughts pretty closely. So, thanks for that.

Humanbelly’s mention of NORTHERN EXPOSURE reminded me of another show from Up North (though not quite as far) — TWIN PEAKS. Angelo Badalamenti’s scores for that series were wonderfully immersive and atmospheric — from warm and fuzzy nostalgia to icy dread to absolute shrieking nightmare.

HB- "Gilligan's Island " hadn't occurred to me, but you're right. Even sitting here in silence I can hear some of those musical cuts in my head. Perfectly fitting.

B.t.- fine call on Twin Peaks! Angelo Badalamenti was incredible on that. It's one of my favorite CD's. Used to love playing it in the car at night when driving down dark, isolated roads. Yes, I probably have issues...

Oh, you know another one that had very enjoyably identifiable incidental music? The Beverly Hillbillies--! Mostly just a single plunkety banjo during transitions-- but it always worked. . .

More recently, a show with HEAVY orchestration at times-- to the point of being too loud even-- and yet still manages to manipulate me emotionally like a puppet-- is the modern-era DR WHO.
There are some great episodic scores happening there which have gotten me to tear up more than once. . .

Two theme songs that always come back to me (why?0 are I Dream of Jeannie and The Andy Griffith Show. As I whistle them in my heads, I almost wonder if Jeannie was inspired by Andy?